Asking For a Raise – How to Not Do It

Even though I am risking exposing myself as being completely clueless, I want to share my story with you because I know I am not the only one who has utterly failed while asking for a raise. I want you to be more successful in getting a raise than I was, and in order to do this we will take a look back at the mistakes I made- and yes, it is plural. How do I know they were mistakes? First the obvious- even though I was aggressive in asking for a raise, I didn’t get it. Second, while researching our expansion pack on negotiations that covers how to negotiate a raise or promotion, I had a chance to tell my story to a number of professional advisors. What they told me wasn’t pretty, but they also said the mistakes were pretty common. So, here it goes. I was a researcher of many years at a biotech company. During that time the company had taken me through numerous organizational changes and equally many bosses. I was experienced in my job as a scientist, but not experienced in negotiating. I felt it was long overdue to do some changes to my position and I decided to start doing those changes where I would see them immediately and clearly – on my paycheck.

I am certain I am not the only one that has made these mistakes while asking for a raise. The majority of you will likely not make all five mistakes, but even if you make one the outcome will probably be the same as mine. I got a polite “Sorry – I can’t give you a raise” and I walked somewhat befuddled, and certainly disappointed, out of his office. All of these mistakes were preventable. Now that I am older and wiser (well, at least I like to think I am wiser) I also know that you don’t ask for a raise, you negotiate a raise. But, that is a different story for another time! I shared my mistakes- tell us your story (anonymously is just fine!)

About the Author: Stine Bergholtz

As a native Norwegian, I received my PhD in Molecular Biology from the University of Oslo. I have held research positions in both academia and industry, and also been responsible for improving cooperation between research teams in consortia. After moving to San Diego, California, I changed my focus to marketing and sales and founded BrainSpores. Negotiate or Haggle? How Would You Buy a PCR Machine? 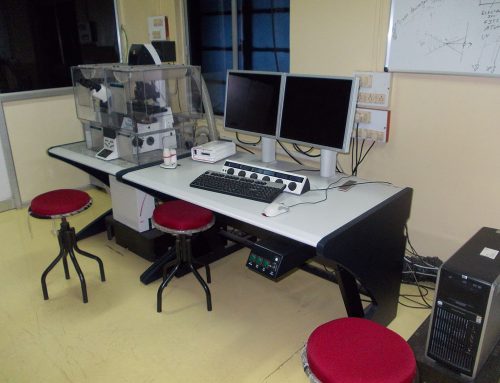 How to Get Lower Lab Equipment Prices Getting What You Want- Lower Reagent Prices How to Deal with Biotech Sales Representatives, Part 1: Which Type Do You Have?