The Revenge of the Amateur Biologist: The DIY Biology Movement

A golden age of biology may be returning- one void of doctoral theses, positioning for grants, or kowtowing to publication impact factors. Essentially, it is revolution similar to the explosion of the naturalist/explorer in the hey-day of the mid 19th century.

The main drivers appear to be a converging quadfecta: increasing accessibility to technology (kits), rapid sharing and dissemination of information (Faires and Open Publishing), incubator spaces, and cross-discipline experience.

In September, I traveled with Dr. Bergholtz (my wife) to the Maker Faire in New York. Both of us are formally trained in molecular biology (albeit my wife is the smarter one as she has the PhD) and were looking forward to exploring the 3D printing movement. While the 3D printing sessions were interesting, what astonished us even more was a group located in an underground hall- displaying hacked microscopes, centrifuges and synthetic gene kits. Comprised of electrical engineers, brilliant high-school students, and community schoolteachers in a charged atmosphere (Maker Faires are a curious blend of Barnum & Bailey, Geekathon and Burning Man), what they had accomplished with so little cash was simply amazing. Further conversations opened my eyes to an entire movement that is more focused on exploration of molecular biology questions than complaints about the funding environment or the tortures of tenure.

While a lack of background occasionally surfaced (for example discussing vectors and markers), they had produced an open-access microfuge that could be made for under $240, and a DIY genetic assembly kit, while colleagues have hacked a PCR instrument that can be had for under $600 (requires 3 hours assembly). Indeed, the lack of professional training appears to imbue a can-do attitude, as little seems insurmountable. In fact, hacking a solution has more prestige than purchasing one.

With this attitude, an open approach to the sharing of knowledge, and tumbling cost barriers, professional biologists should be put on notice. While the DIY biology movement may be amateurs, they could have the right chemistry to first surprise and then surpass the experts.

In future posts, we will take a closer look at the DIY biology movement and consider the challenges it faces.

Feel threatened? A DIY member? Leave a comment below. 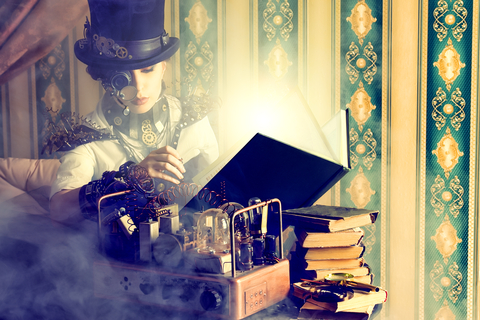 “To be a naturalist is better than to be a king.” William Beebe

About the Author: James Gilmore

With a background in Molecular Biology, I have worked in the biotech industry in a variety of roles from Founding Scientist in a successful start-up, to a Marketing Exec covering over $1.6B in revenue. BrainSpores provides me with the opportunity to use my marketing and business strategy skills to help fellow researchers to be successful.